This was a disappointing Cola Festival from the majors. Pepsi released their weird emoticon packaging earlier in the year, and - as far as I could tell - didn't release anything in this lead up to the Australian summer. Coca-Cola seemed to have forgotten a local summer release in the fanfare of their Olympics promotion, though their golden 1970s inspired promotional packaging was sensational. Just when I thought Coke had neglected to acknowledge the Cola Festival at all, they dropped the news that they were selling off pieces of their original King's Cross billboard in a charity auction. Awesome!

This season I exhibited a range of organic colas, with the results below: 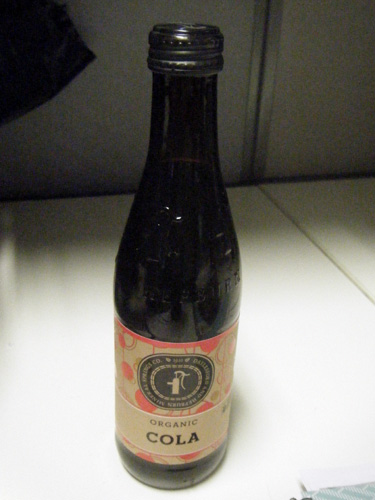 This organic cola presented as a very dark black, and though it at first appeared to be as typically flat as organic cola tends to be, it was actually very fizzy once opened. The taste was surprising, particularly given the 'Organic' label. The cola had a strong, almost chemical flavour, cut with something a little lemony. I typically like strong flavours, but there wasn't much with this cola that would have me returning. I couldn't think of anything it would mix with, and the taste was just too alien to enjoy. 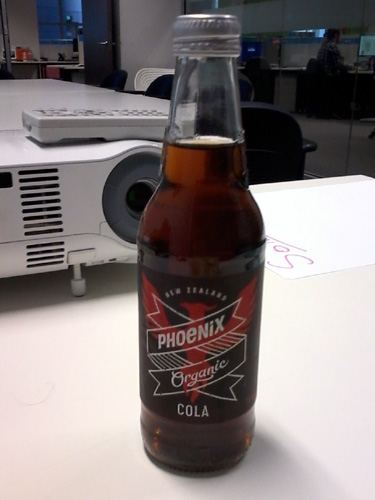 Beneath an embossed bottle is a rusty-coloured liquid, textured with what looks like tea leaves. The flavour is exactly as strong as one would want it to be, with suggestions of honey present. Whatever is floating inside is thankfully undetectable by taste, perhaps masked by a carbonation greater than that usually present in drinks listed as 'Organic.' Whilst the previous organic sample had been disappointingly bizarre in flavour, the mild taste of Phoenix is refreshing. Though not exactly what I would reach for when I crave cola, it is a taste I enjoyed. 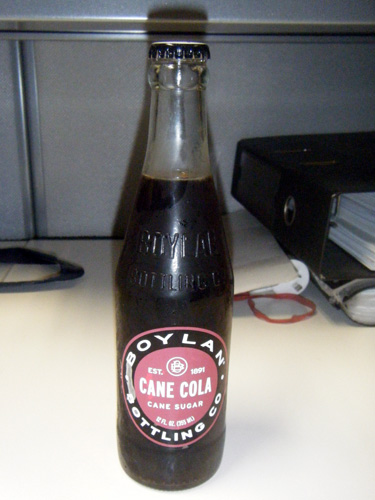 According to the embossing on the glass bottle, Boylan have been manufacturing cola 'Since 1891,' although this was the first I'd tasted it. I was immediately impressed by the light yet conspicuous carbonation. It had a not-too sweet taste, but was incredibly smooth to drink. I suspect that it would probably mix well, particularly with an older whiskey. After the rest of the colas of this festival, this was an impressive treat and the pick of the showcase. 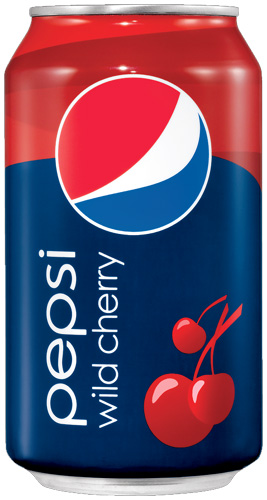 The international spotlight was on Wild Cherry Pepsi. It was a variety that was available in Australia in the early 1990s, but didn't last long, disappearing from shelves before Dr Pepper sadly followed suit. I haven't tried the product in years, but remember it fondly. So I was a little disappointed when I found that the cola - at least in its present, US-imported incarnation - was underwhelming. The cherry flavour is weak, particularly when compared with Cherry Coke (or, indeed, adding some Elixir to regular Pepsi.) I don't know if I am looking back with rose-tinted glasses upon the local release of the '90s, or if the formula has been dramatically altered, but this was a very disappointing selection. Luckily, I picked up some Cherry Coke while I was shopping for the international selection. 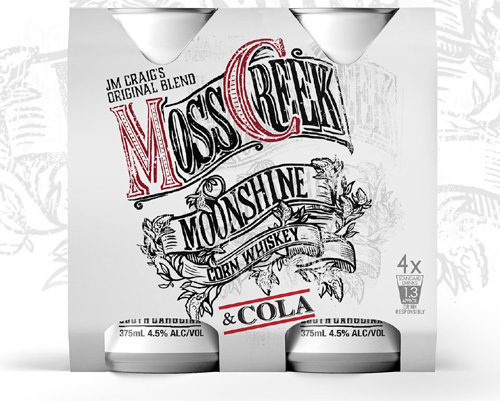 The alcoholic cola premix selection was also disappointing. At only $11 for a pack of four cans, Moss Creek Moonshine and Cola was justifiably reduced to clear, though seemed like a good deal while I was at the store. I was let down after excitedly opening the can to find the contents almost undrinkable - a weird chemical flavour that tasted like no kind of whiskey I've sampled (and I've sampled a few.) I tried my hardest to find something to enjoy about the drink, but in the end I painstakingly finished one can with the help of family and friends, and was left with the three remaining cans, and wondering if there is some kind of charity where I can leave contributions for poor alcoholics.
Collapse