My usual modus operandi is to not sleep on flights. The one time I did, I ended up like Lil Wayne. For this trip though, I planned to sleep. The plane from Melbourne to Doha had an impressive selection of movies, but I watched only the new Deathnote between naps. Our flight from Doha was delayed, but I'd lost track of time and didn't notice. The view during takeoff was unlike any I'd ever seen before: arid stretches of desert punctuated by the construction of luxury towers and oceans spotted with artificial islands carved into intricate shapes. It was much different to the green pastures that awaited when we landed in Budapest.

In the long wait at Hungarian immigration, Poppa wondered aloud how he would recognise his nephew Zoli. He mentioned that it had been quite some time since they'd seen one another, and I thought that seemed like something of a problem. As it turned out, they found each other easily, but poor Zoli had been waiting since 11am, and it was now well after 1pm. The trip from the airport to the home of Zoli and his family felt like a long way out of the city. On the way, a fleet of helicopters flew overhead in formation. No one in the car was able to understand my questions about where the helicopters might be going or doing.

The house was the kind of collection of mezzanines and sunken living areas that I love. Up the teak stairs without rails, I was shown to a room belonging to Zoli and his wife's eldest son, who has apparently moved out. I was greeted there by a shelf with a machine gun. 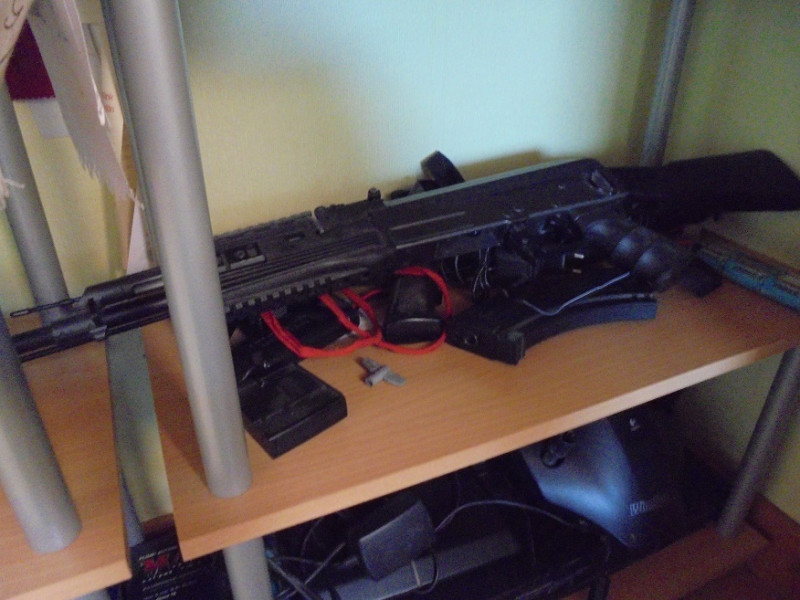 I slept a lot. I suppose I was still recovering from the interrupted sleeps of Splendour and the flights, and it was good to be sleeping in a bed for the first time. In the morning I met Zoli's son, also named Zoli. He'd apparently offered to escort me into the city, though I said that directions to the train station would be sufficient. Still, his company helped me into the city, and when I bought him lunch, he introduced me to a local beer, Dreher, which I liked a lot. I'm not big beer drinker, but I did enjoy drinking that big beer. After lunch, Zoli left for work. I hoped that he had actually offered to show me around and that Poppa hadn't insisted upon it.

I checked into the Hotel Budapest. It is a round tower, not unlike the Saville in South Yarra, and about as grand. Its guest information hilariously stated 'contrary to the urban legend, the rooms of Hotel Budapest are not shaped like slices of cake...' It is luckily conveniently located to a Metro station, so getting around should prove no problem, although after arriving in town, I got around on foot instead. 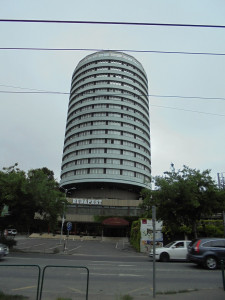 I mainly used the day to familiarise myself with my location, and ensure I would know where to go for my tour in the evening. It was around 35 degrees during the day, so after trekking across the city, I wanted a shower before my evening's adventures. It was while resting at the hotel that I witnessed an incredible storm above the mountains visible from my tenth-floor room. Whilst impressive, I hoped it would pass before I needed to head back to the Zero Kilometer Stone for my tour. When the time rolled around, it was still a little wet, so for the first time in my life, I borrowed a hotel umbrella and started walking toward the Stone. I'd allowed plenty of time, and hadn't eaten since lunch, so I stopped into a bar overlooking the round-about and ordered lángos, and also ordered a Unicum cocktail - the first time I've ever enjoyed the herbal-mediciny spirit. 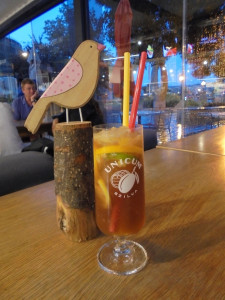 The guide, Fanni, arrived at the square carrying her lantern as promised, and was less vampiric perhaps than advertising for her Vampire History tour suggested. I enjoyed the castle tour though, and Fanni's combination of what would be fodder for the Horrible Histories show as well as tales of folklore and true vampire stories. Plus, despite the rain, the castle by night was amazing. 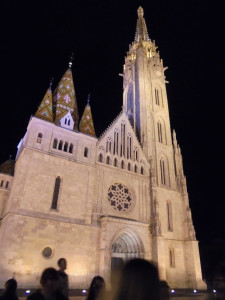 During the tour, Fanni pointed out what looked like a well, but was actually a portal into the labyrinth beneath the castle. I asked about the closure of the labyrinth, and Fanni gave me a tip about an entrance, which I took note of for today. Hopefully I'll be able to find it.
Collapse