When I complete market research surveys, I often find that questions designed to determine my likelihood to use a company's technological innovations don't really have a response in their multiple choice range to suit me. None of the following options describes me well:

Whilst I am known to have been slow to take up some popular technology, I've also eagerly awaited and praised others. I bought one of the first of the lower price range GPS navigators, and was listening to an MP3 player before one could simply connect and upload songs via USB (because USB didn't exist yet - mine connected via the printer port) while others were still excited with their Discman and the progressive were showing off MiniDisc players. Conversely, my late entry into the smart phone game was the cause of frustration to many. Friends exhibited annoyance at my tardy response to social media meeting requests, and a manager from my work was dumbfounded when I couldn't access a boarding pass he'd sent me via email from the back of a taxi en-route to the airport. I have even been accused of deliberately rebelling against trends (oddly by my brother, who as far as I am aware, is still using the non-smart mobile phone that I gave him in 2000.) 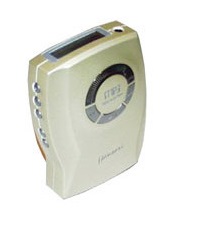 I did upgrade to a smart phone earlier this year, after growing impatient with my previous mobile phone's limitations - namely the row of buttons which had stopped working when after I'd dropped the device in the snow 18 months earlier. I'm not trying to rebel against smart telephony but so far I haven't found a lot of improved functionality between the new and old phone (other than this phone's ability to dial numbers containing the digits 3, 6, or 9 again.) In fact, simple tasks like finding stored numbers or sending an SMS are now time-consuming ordeals. Beyond that is the simple fact that smart phones are massive when compared to previous technology. I became accustomed to small phones - their primary feature - with my last phone, and the one I'd used before that (a pinnacle of style and design,) though no one would have ever described the phone I'd used before those two, my first, as small (but it was also a classic of design.)

A colleague recently laughed at me. Shocked to see me using a smart phone, he asked how many apps I had. When I guessed 'Maybe seven?' he looked at the phone screen and immediately started striking them out.

In the end he decided that I have two apps. I'd tried a couple of GPS apps and left one on there that seemed okay, and also a second programme that I'd downloaded after remembering thinking it was cool when Lee had used it, a kind of catalogue of the night sky that sees to work via a combination of GPS, the phone's accelerometer and the phone's camera to identify astral bodies. I haven't used either of these more than a couple of times, though.

Whilst smart phones - or this one, at least - advertise what seems an impressive list of inclusions and functions, the main draw card seems to be the convenience of several appliances in a single unit. In theory, this could be amazing. In practice, none of these features functions to a level to warrant the exclusion of the dedicated device from my arsenal of technology. The GPS has been handy on a couple of occasions to generate a map of my current position to take me from whatever unfamiliar train station I've found myself at to the nearest bar, but tracks movement too slowly to give reliable live directions (even when compared to my old GPS, Penelope, who is close to 15 years old, and like Odi from Real Humans, now relies on external power to stay alive.) The lack of optical zoom in the phone's camera makes it unsuitable for my fairly modest requirements, so I still need to carry my digital camera. It has been suggested that I could use the phone to make updates to Twitter while I am away from a computer, which is true and something I've kept in mind, but so far have not had a need to publish anything so urgently that it couldn't wait until I get home. Games have been suggested, but none are as imaginative or engaging as those on my Gameboy DS.

One thing I have tried and have been engaging in is podcasts. There are certainly several that exist that I think I could enjoy, and am using these as the model higher purpose for my bulky smart phone. I've been engrossed with a show called Welcome To Night Vale. Although based around a silly premise, the production is of a high quality, and the combination of paranormal themes and new music seems designed for me, even if I would have approached it differently. Once I am up to date with the series, I might look for other podcasts.

I have even downloaded and might listen to Serial. How does that fit with diagnoses of rebelling against trends?

Interestingly, the offered multiple choice options from a coffee company also do not provide a response that matches my needs. After an image of George Clooney, and a question asking if I recognise the actor, I am asked to respond as to whether my opinion of the coffee is higher, the same, or less upon knowing that he is endorsing it. There is, however, no question for the opposite scenario, which is actually impacted by his appearance in advertising - my opinion of George Clooney is higher, with the knowledge that we apparently enjoy the same coffee.
Subscribe